At the Ligna exhibition, which takes place from 27th to 31st May in Hannover, Germany, UV system manufacturer IST Metz will be showcasing its broad portfolio of UV, LED and Excimer technology for curing, gelling and matting of coatings and varnishes on wood and wood-based materials at Stand B 02/1 in Hall 17 using a specially manufactured transport system.

A transport system with a length of 3,000 mm will be the highlight at the UV specialist’s stand. A total of three units with a lamp length of 1,400 mm each will be used. The LAMPcure BLK unit with long-wave gallium lamp influences both the viscosity of the coating and the reactivity to the emission of the Excimer lamp during finishing. The BLK LAMPcure was developed for the highest industrial requirements and can also be supplied in the LED version LEDcure with 365, 385 or 395 nm wavelength for various applications. Gelling with UV or LED technology influences the haptics of the lacquer even after curing. Additional properties such as a soft-touch surface or an anti-fingerprint effect can thus be achieved.

At a wavelength of 172 nm, Excimer lamps have an enormously high-energy emission that starts a polymerization process in the uppermost part of a layer of UV-curable coating. The penetration depth of the UV emission is comparatively low, so that this process leaves a thin film on the wet coating without affecting the deeper layers of coating. Since this film formation is subject to shrinkage, the near-surface film has micro-folds, resulting in a matte surface. These can be cured during final curing using conventional LAMPcure technology. The result is a mechanically and chemically highly resistant and deep matt surface. 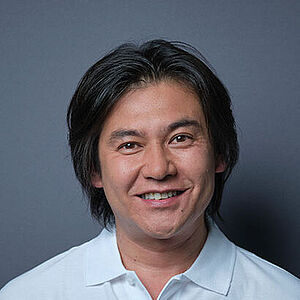